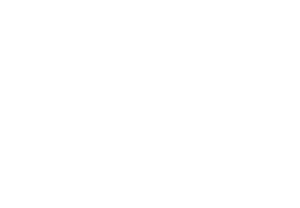 More stories from the INJ Past

Thanks to various co-founders and former Chairpersons for providing information for this. Also linked here is an Article by Kenji Hall about the making of the Parade Queen competition.
General Parade History here

Founding of the INJ

The initial idea of the INJ was said to have been discussed after some get together of FAS Graduate Programme members in the Rising Sun pub (Members included Michael Garvey, Liam English, Tim Carew, Dave Thomas, Sile Ni Fhearraigh, Padraic Delaney, Greg Timmons, Dr. Paul Phelan, Jim Cashman), people saying that it was a good idea but we had to ensure it was not just a FAS initiative and that it included all of the Irish in Japan, and all of that leading to the meeting in the IDA ground floor offices in the TBR building which kicked it off. The meeting in the TBR building was set up and initiated by Mick. Both himself and Liam were IDA employees.

The first AGM was held in November, and so INJ as a structured organization started then. Padraic was elected Chairperson, and Tony O'Connor as Secretary. Another key member of the early days were Declan Collins, also with the IDA, who arrived after the initial launch and brought his experience of the Irish Network North California (started in 1986) . Some other early meeting were in Sophia University, thanks to great support from Fr. Donal Doyle, winner of the first INJ Personality of the Year Award. Must be noted that one of the biggest contributors to Irish society in Japan, Neil Day, had just arrived in Japan and attended the first AGM too.
Feedback
The INJ newsletter was started by Padraic Delaney and Tony O'Connor towards the end of 1987. The 2 both worked as graduates in Obun Printing and had access to publish the magazine. At its peak Feedback was being delivered once a month with 16 pages of info that kept the community up to date with not just INJ events, but all Irish related goings on in Japan. After 10 years the Internet killed off the need for the newsletter; mailing lists and websites took over.

Some covers of feedback here.
Charles Haughey visits in 1989

1989 April : Taoiseach of Ireland, Charles J. Haughey's visits Japan.
With the Irish community being so small and very few community activities and organisations, the visit by the Taoiseach Charles J. Haughey to Japan in April 1989 was a major event for the Irish with added significance for those involved in representing Irish culture and business in Japan. 'Charlie' was greeted like a pop star then and was a great boost to the morale of the Irish living in Japan in spite of domestic political strife at home. The Taoiseach's visit preceded the 'Celtic Tiger' boom that was later to develop in the early 1990s. At that time the Irish government was struggling with unemployment rates close to 20% and inflation well above 15%. In any case, the visit by 'Charlie' brought a huge number of Irish people together who were living in Japan at the time including members of the Irish Network Japan.
INJ Annual Ball
The INJ was the first to bring the the concept of the 'Irish Annual Ball' to Japan with the first INJ Ball held in 1988 at the Tokyo American Club, near Roppongi. The first event was principally organised by Philip Greenan, Padraic Delaney, his wife Gwen and Sile Ni Fhearraigh and being the first they were very courageous to go ahead and take on this challenge. It was a scary undertaking as it was such a pioneering action with no one really knowing if people would attend or if costs would be covered. Happily it was very successful. Celebrating Irish culture with friends in our host country Japan, one of the features was the 'Irish Personality of the Year' awards. The INJ Ball usually held towards the end of the year has since given way to the now successful Emerald Ball, usually held the night before the Tokyo Parade.
INJ Sports Days
1990s : Back in the early 90's, the Goannas Australian Football team and team Ireland played quite a few games of compromise rules football (mixture of Irish and Aussie footie) culminating in the launch of the annual Ned Kelly cup around 1992. The Ned Kelly cup is now a feature event of the current Sports Day held every year in Yokohama. The first Ned Kelly cup final was held at an American military base with the Irish winning.
INJ's 1992 St. Patrick's Day sports day was held at Ueno-Gakuen university grounds in Saitama, working with the now defunct Tokyo Irish Harriers Club who in fact were responsible for creating the first edition of the St. Patrick's Day Sports Day around 1990. The INJ was able to strengthen the games and to feature Irish football and hurling contests. In 1992 the games included the feature event of hurling with the sliotar thrown in by the then Ambassador James Sharkey, mixed Irish football, penalty shoot-out, tug-of-war, three-legged race, sack race and of course plenty of Irish food and drink.
The 1993 Sports Day was again another level up in terms of organization, it was held then in Kanto-Gakuin.
Nowadays the Sports Day is run by Japan GAA.
The first hurling match in Japan – the Munekata Cup – sponsored by Barry Tea, with the provision of Team Strips.
Some photos avaialble here
Kyushu Irish Network
From co-founder Keiran Marsden – The Kysuhu Irish Network, although being modelled somewhat on the Irish Network in Tokyo, was completely independent. We used to send each other information about events in our respective regions and include these in our monthly newsletter. Also then INJ chairperson Michael Chin made a trip to Saga for our inaugural meeting which for us was a great show of support. We received a lot of support from the embassy and various Irish businesses with activity in Japan at the time.
We founded the network in 1994 and it remained active in some form until at least 2001. Founding members were Keiran Marsden and Koichi Araki, owner of the first Irish pub in Kyushu. We ran several events including hosting a reception for the Irish team participating in the Universiade in Fukuoka in 1995. (Universiade is an Olympics like event for universities). We also coordinated getting Irish supporters to attend the various competitions.
In 1996 we co-hosted a visit by the Irish Ambassador, Declan O'Donovan. The visit included meeting local politicians, a visit to the company who employed several FAS placements (of which I was one), a visit with Imaizumi Imaemon XIII who is a Living National Treasure in Arita and other social events with members.
Our primary focus was connecting members throughout Kyushu by organizing mostly cultural events in different area's and meeting up with other Irish and friends of Irish. A key point was promoting Ireland to the local populations.
After I left Japan it continued for some time and the name was changed to Kyushu Celtic Network to expand membership and scope to our Celtic brethren.
www.geocities.ws/qicn2000/index-2.html

Hibernian Players
The Players did many shows to great acclaim, article about the first play Sive is here and below is an article from Feedback after doing the Roddy Doyle play Brownbread;

Brownbread – A Casts-Eyes view
by Michael Chinn
It is hard to describe the elation felt by every member of the cast and crew of Brownbread at the end of our last performance, following a one week run at the Tokyo British Club and in Hamamatsucho. It wasn't joy at reaching the end of what had been a mammoth undertaking for all involved, but rather the sheer enjoyment of having brought laughter to so many people who had been our audience.
I believe few of us realised just what we were letting ourselves in for when Martin Reilly sent out the clarion call for actors and crew in early April Some (myself included) had no intention of acting at all – I just wanted to help with the lights – but somehow eleven budding thespians were fated to pick up Roddy Doyle's scrip and take to the stage. The fame, fortune and glory of performing to our adoring public awaited us, and only three things stood in the way: rehearsals, rehearsals and rehearsals.
It is an unfortunate fact of the famed 'actor's life' that the average performer doesn't get it right first time, or even second, third or tenth time! Rather, behind every show there is a lifetime of practice – ad nauseam – accompanied by the stress which comes of forcing the brain to endure endless repetition of words and actions. Innocent conversations would start to sound like passages from the play, with cast members subconsciously switching into character to add humour to their words. However, despite the mental trauma, we pulled through and (we hope) brought Brownbread to life on stage. Of course, while the cast were busy bonding and coming to terms with their psyches, the many people who made up the crew were busy set designing and coming to terms with the need for Barry's teabags and cans of Harp.   However, no stone (or mammy's cupboard in Ireland) was left unturned in the search for props, costumes, music and all the other paraphernalia of the stage. As the weeks progressed towards July, the bedroom of a Barrytown house started to take shape, the dull Dublin sky outside grew ever more melancholy and the sounds of US Marine helicopters overhead all the more like Vietnam. The cast also started to look the part, as everything from Marine uniforms to a bishop's cassock appeared as if by magic from some undisclosed source, and the male actors were let into the magic secrets of make-up.
As is always the way, the performance dates hurtled towards us faster than a speeding Shinkansen and soon we found ourselves waiting in the wings for the opening music…Well the rest, as they say, is history. This just about brings us back to where this story started – at the end – and should give you some idea of how Brownbread was dragged kicking-and-screaming into the glow of the spotlights for certainly one of the most enjoyable, thrilling and fulfilling weeks of my life, and that of everyone else involved as well. The cast truly relished the whole experience (well, most of it at any rate) and we hope that the audience enjoyed our performances. However, there was of course much more to Brownbread than met the eye Behind the scenes, lurked the army of supporters, helpers, doers and advisors who really got the show on the road. Although this is an inadequate opportunity to say thank you to all those who helped out with Brownbread (they number several dozen people), the cast would like to thank everyone who put up with our whining over the past few months, and who allowed us to concentrate on the acting, while others looked after the difficult stuff. Especially, thanks to Martin Reilly, the producer, who made things happen, and to Adrienne Reilly, who made us make things happen. Thanks also to Tim Harris, who is to blame for casting us in the first place, to the INJ committee for all their time, and to the Tokyo British Club for their support during rehearsals. Finally, thanks to you, the people who came to see us do Brownbread.